Kruse Construction LLC was officially established by Justin Kruse in 1998.

Justin Kruse is a Colorado Native and has been in the construction field all of his life. He is an expert in his trade, due to decades of experience and attention to detail. Justin is involved in each and every job to ensure quality. Justin’s wife Lisa has been a part of the business since 2002, but in 2010 she dove in full time to help cultivate this family owned and operated business. 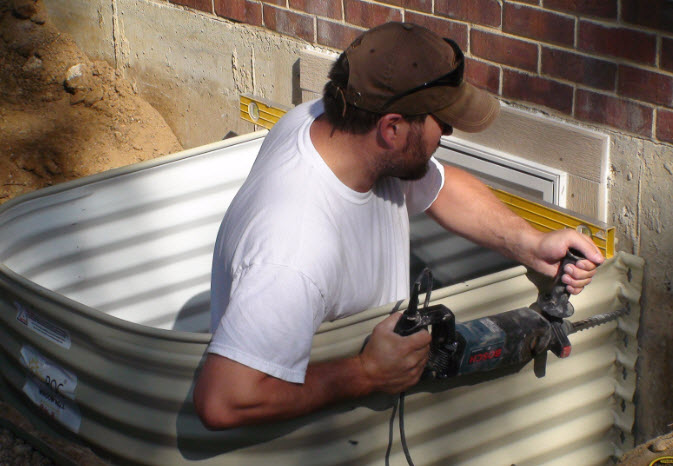 After years of successful general construction, it was decided that basements would be the primary focus. Thus, allowing Justin to put all of his focus on the craft that combined nearly every skill he had mastered. As a part of basement finishing, egress windows and window well replacements were often part of the job. After some time, Justin found that he had a talent for this difficult and dangerous job. The need for companies that specialized in egress windows grew rapidly, as time went on.  Kruse Construction started taking on a large amount of egress windows for homeowners as well as other contractors.

In 2010, the demand for egress windows was heavily increasing because of new requirements set forth from various sources. As a result, egress window projects poured in, therefore leaving little time for basement finishing. Kruse Construction’s decision to primarily focus on egress windows and window well replacements was decided that year.

Our Commitment to you

Justin himself educates and guides the homeowner from the initial conversation up until the very end. It is important that the customer is properly informed in order to make educated decisions that they are comfortable with. The homeowner’s needs are always met with honesty and integrity. All though we have grown, we are considered a low volume, high quality company because we limit ourselves on the amount of projects we take on. As a result, each project gets quality time and focus, which produces exceptional results.  Our team is composed of experienced professionals, many of which are either family or have been with us for years. As a team we will always continue to find ways to improve every aspect of our business.

We here at Basement Windows of Denver by Kruse Construction are committed to staying true to the core values that made Kruse Construction a success. We are a proud family owned and operated business devoted to delivering first class service to our customers. As a result, we hold ourselves to the highest of standards in every department, vowing to uphold unwavering integrity and to always deliver 100% from start to finish.

We are, without a doubt, considered one of the top egress installers in Colorado, and we look forward to serving you!

Is it Kruse Construction or Basement Windows of Denver?

In essence, they are one in the same.

The name Kruse Construction has had a solid, longstanding reputation within the community since 1998.  It is the very foundation of Justin Kruse’s many years of hard work building a reliable construction company. Basement Windows of Denver was the name of just one division of Kruse Construction until it was decided that egress windows and window well replacement would the primary division and sole expertise of the company. We felt the main name should highlight the service that we offer, all the while maintaining that we are still one in the same with Kruse Construction, which is a long time trusted name within the Denver Metro Area.

It can be common for a company to assume or run under more than one name for a variety of reasons. However, in our case, we have two names as a general assurance to our customers, indicating that they can expect the same quality craftsmanship and customer service that Kruse Construction LLC has been delivering since 1998.

This function has been disabled for Basement Windows of Denver.